MANILA, Philippines – Two of President Rodrigo Duterte’s children will not be attending this year’s State of the Nation Address (SONA) slated on the afternoon of July 22 (Monday).

Davao City Mayor Sara Duterte-Carpio and her brother, Davao City Vice Mayor Sebastian “Baste” Duterte, in separate press statements, said they will be missing the event at the Batasang Pambansa.

Sara said she is on a 60-day medical leave.

“It’s a gyne (gynecological) condition,” she said in a text message to reporters.

Meanwhile, Baste said he would have to attend the regular session of the Sangguniang Panlungsod of Davao.

The presidential son added he would just stay in the city and watch the event on television.

(I won’t be attending the SONA because we will have a session on Tuesday. It would be tiring for me to travel back to Davao early in the morning from Manila. So, I will just stay here, I’ll watch the event on TV.)

On the other hand, their eldest brother, Davao City 1st District Representative Paolo Duterte is expected to be present at the ceremony as he will attend the opening of the regular session of the 18th Congress on the morning of July 22.

Last year, all members of the Duterte family were present during the gathering. MANILA, Philippines – The tandem of presidential aspirant Ferdinand “Bongbong” Marcos Jr., and vice presidential bet Sara Duterte emerged as the most preferred candidates in the 2022 elections in the latest pre-election survey released by Pulse Asia on Wednesday.

The survey, conducted from December 1 to 6, 2022 using 2,400 adult respondents, showed that more than half or 53% said they would vote Marcos for president while 20% said they prefer his rival Vice President Leni Robredo.

Manila Mayor Francisco “Isko Moreno” Domagoso and Senator Manny Pacquiao both ranked third, who both got 8%.

The pollster noted that 3% of Filipino adults are still undecided about whom to elect as president next year, 1% refuse to identify their preferred presidential candidate, and 1% are not voting for any presidential bet. 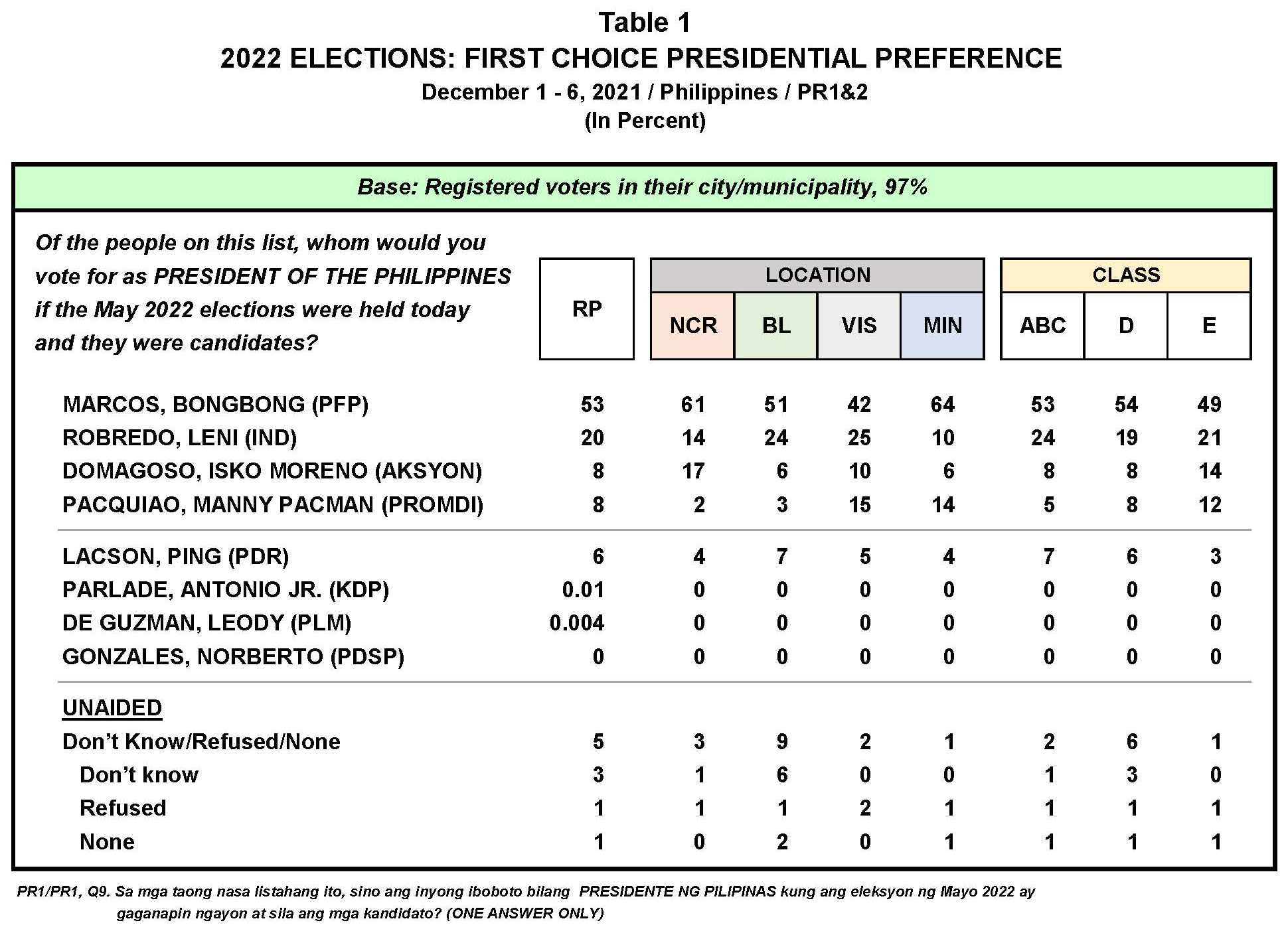 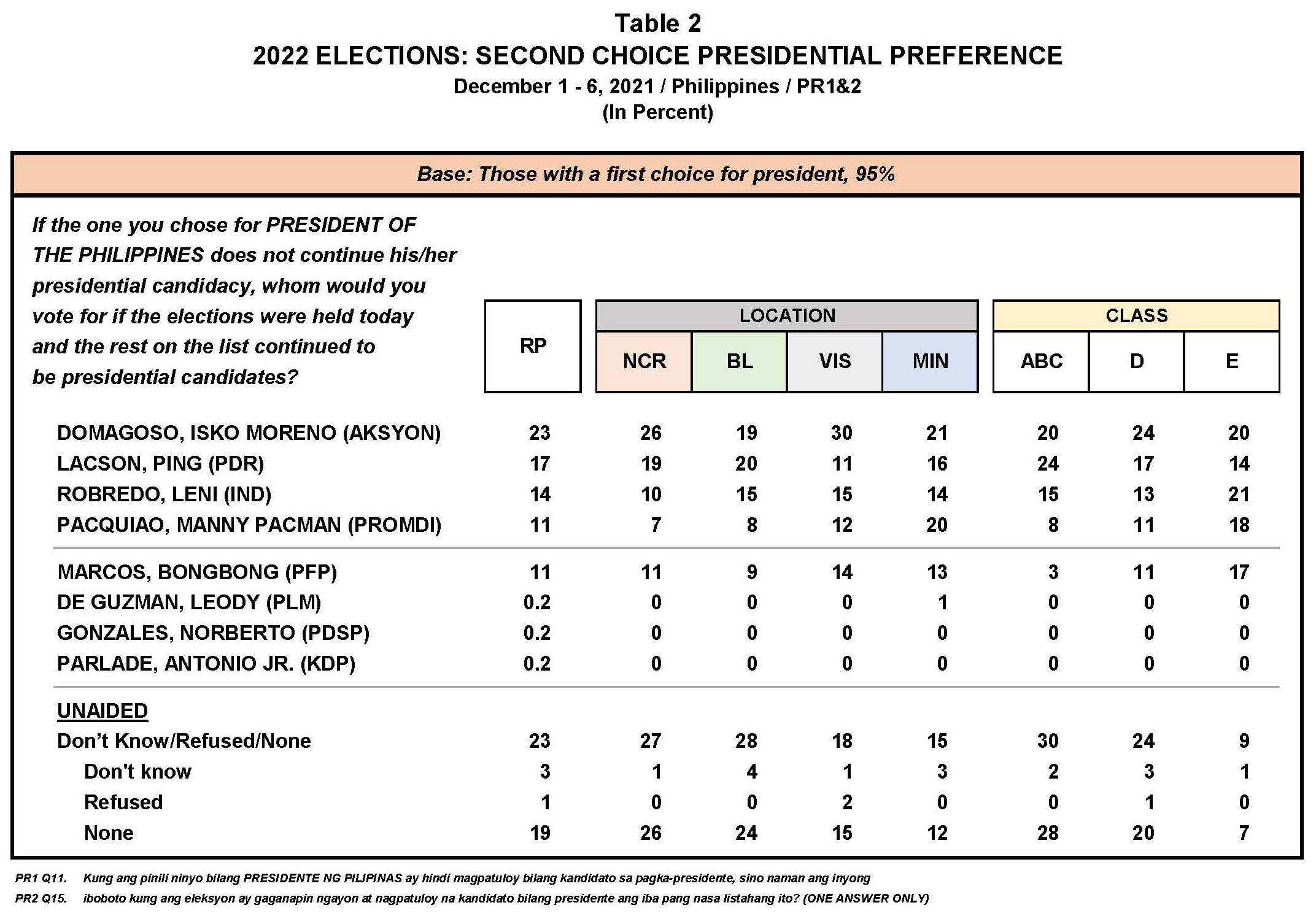