MANILA, Philippines – The Commission on Elections (Comelec) on Tuesday (March 19) declared the entire region of Mindanao as an election hotspot ahead of the 2019 Midterm polls.

Comelec Spokesperson James Jimenez said in a statement the decision developed in the wake of suspected poll-related incidents in the last two elections in the country, and “serious armed threats” made by the New People’s Army (NPA), the Bangsamoro Freedom Fighters (BIFF), the Abu Sayyaf Group (ASG) and some rogue elements of the Moro National Liberation Front (MNLF) and other similar groups.

Jimenez said the military and police joined the Comelec in identifying Mindanao as a hotspot under Category Red.

Other areas classified as Category Red hotspots are Jones in Isabela; Lope de Vega in Northern Samar and the entire province of Abra.

“The category red may warrant the motu propio declaration of Comelec Control over the affected area,” Jimenez said.

Category Red also refers to areas where relevant government agencies declared the existence of conditions which may constitute grounds for the declaration of Comelec Control.

The PNP, AFP and Comelec follow a system of classification in determining election hotspots: category orange refers to areas where there are serious armed threats posed by domestic terror groups and other similar groups; category yellow refers to areas with history of election-related violence or the existence of intense political rivalry but without the presence of terror groups; while category green refers to areas of no security concern and are relatively peaceful.

The Midterm elections, set for May 13, 2019, are expected to be participated by more than 60 million registered Filipino voters. – Robie de Guzman 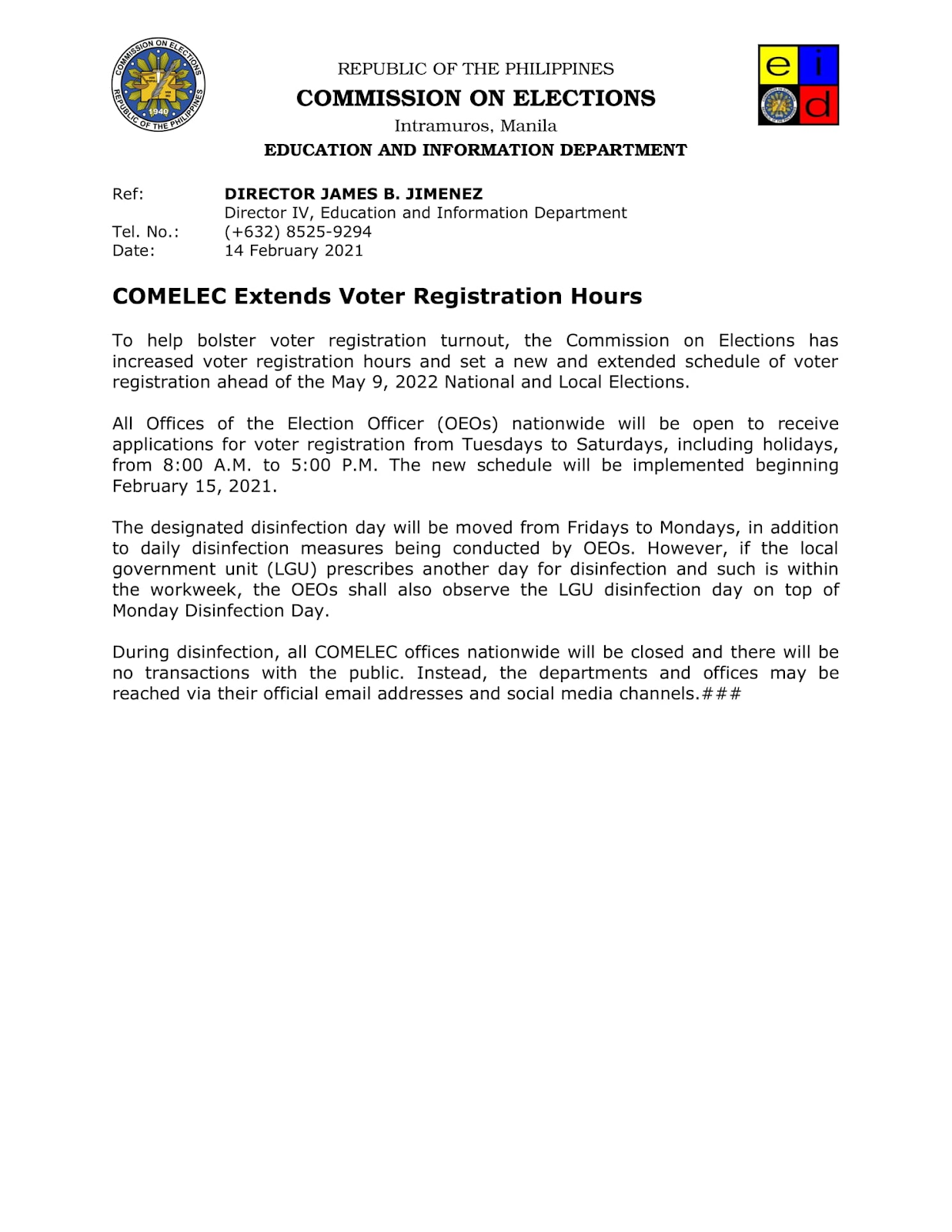